Hydrogen is the
Ultimate Antioxidant

Aging is progressive cellular damage... and most often that damage is caused by unbalanced REDOX... meaning that there are too many free radicals in the body... or in other words there are more oxidizing actions (stripping electrons from healthy molecules) than reducing actions (adding electrons to molecules that are missing them)!

When discussing human health disorders (in general), Dr. Hidemitsu Hayashi said, “A single key mechanism of disease (and aging) that dominates all others is nothing but REDOX reaction. So that, if we can find a way to control it (the REDOX reaction), we can conquer the disorder. Water rich in atomic as well as molecular hydrogen should be an ultimate solution for it as far as my theory is concerned.”

Again, because Hydrogen is such a small atom, it easily penetrates all tissues and fluids of the body, whether brain tissue, mitochondria, bone or cellular cytoplasm, while other larger antioxidants do not have such a freedom, and are thus limited in their reach and scope of benefit. Thus, supplying hydrogen atoms to the body is just about the highest priority one should have in preserving health.

— Scientists has been learning the importance of the hydrogen atom in human health over the past 80 years.

In 1937 - Dr. Györgyi reports that Hydrogen is at the root of energy creation 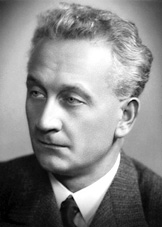 The first scientist to talk about hydrogen was Dr. Szent-Györgyi who won the Nobel Prize for Vitamin C curing scurvy in 1937.

In his discovery he found that Hydrogen is the only fuel the body recognizes and describes the body's natural process of digesting carbohydrates to provide hydrogen in the making of ATP or energy for the body.

Says Dr. Györgyi, “the fact that our body really only knows one fuel, hydrogen. The foodstuff, carbohydrate, is essentially a packet of hydrogen, a hydrogen supplier, a hydrogen donor, and the main event during its combustion is the splitting off of hydrogen. So the combustion of hydrogen is the real energy-supplying reaction; To the elucidation of reaction (6), which seems so simple, I have devoted all my energy for the last fifteen years.” - Albert Szent-Györgyi, PhD

The Nobel Prize was awarded to Dr. Peter Mitchell in 1978 for his theory of hydrogen’s essentiality to chemiosmosis (mitochondrial energy).

According to this model of Dr. Peter Mitchell, Hydrogen is essential in the production of ATP in the mitochondria, the source of all energy in the cells, and therefore the body. This works through hydrogen dehydrogenase, a flavoprotein catalyzing the conversion of NAD+ to NADH by molecular hydrogen (H2); H2 + NAD  → H+ + NADH. Molecular hydrogen, H2, is very prevalent in our hydrogen-rich water as shown by research certificate from the Shiga Institute. This is the seminal work in cellular energy production also helps explain the energy on demand available from hydrogen-rich water.

What is the bottom line of this structure and function claim? Clearly, ATP production can be supported by the increased presence of molecular hydrogen, and this explains the consistently positive reports we receive from athletes attesting to dramatic increases in energy reserves.

Come forward to today and now thanks  to Dr. Hidemitsu Hayashi, MD cardiac surgeon has found a way to bring  hydrogen to the body that is inexpensive, portable and available to all.

© All rights reserved. 2017 to 2018. If you have a health condition, please consult a medical professional in regard to your existing health problems. None of the statements in this website have been reviewed by the FDA. No products mentioned herein have the purpose of diagnosing, treating, mitigating or alleviating any disease condition. We offer no warranty of benefit nor guarantee against harm. Nutrition and lifestyle should never be utilized in lieu of consultation with medical professionals. Anecdotes related herein have not been vetted and results may have been due to additional factors not disclosed.

Anyone who relies on this website information in lieu of consultation with a health professional does so at potentially grave risk. Scientific data (that may be mentioned on this site) is always changing. Also, there are dangers inherent in virtually any health condition that need to be evaluated by your health care professional who prescribes according to your unique situation. The biggest danger in self-prescribing is the delay that may result in getting the most effective treatment for your unique body and particular situation. Only your licensed healthcare provider is permitted by law to recommend a course of action for your health according to your uniqueness and the serious of your health need. Be advised. Be smart - and seek licensed medical help when needed.